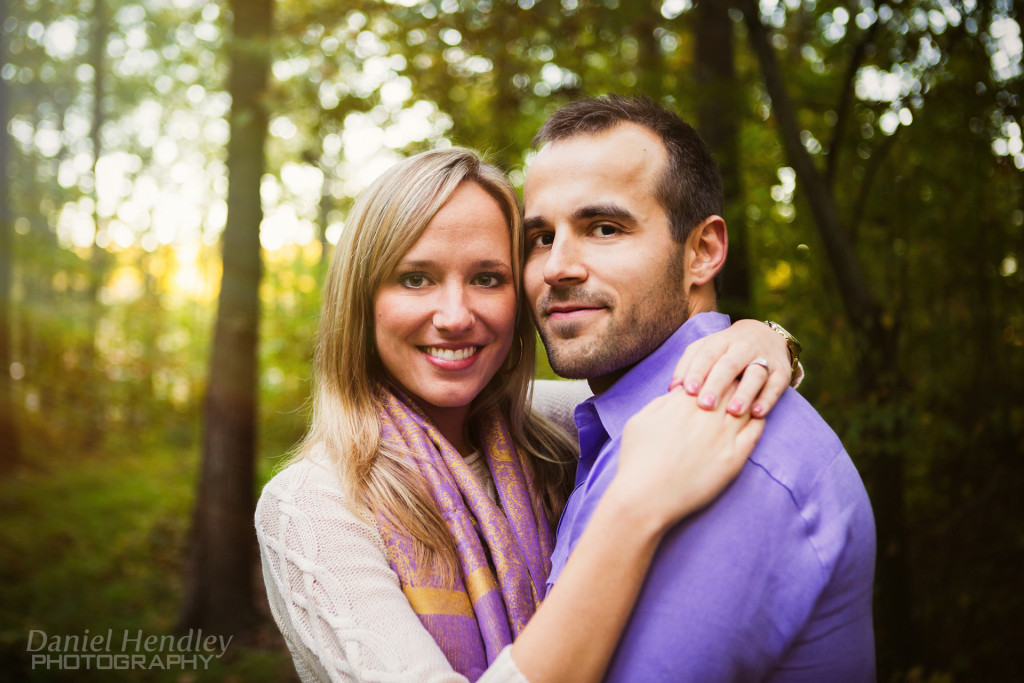 This weekend I had an awesome opportunity that many photographers can only hope for– a couple’s photoshoot, transformed into an engagement proposal, and subsequent engagement photos! Many married couples will always have stories to tell for years about how the proposal went down, but very few will have amazing photos to truly relive those moments of pure happiness.

My role in Joe and Becca’s story culminated in the actual photoshoot this past weekend, on October 16. It began, however, back in late August- a full two months in advance! I received an email from Joe one afternoon, who found me after a stint of online research. He was madly in love and wanted to surprise his girlfriend with an engagement proposal during a couple’s photoshoot. Even better, he wanted to do it at the lake. On a dock.

We set the shoot date for October 16, and prayed that the weather would be nice- who has any idea, this far in advance? As luck would have it, it was a beautiful day. A few sprinkles of rain earlier in the day, but by the time we met up, it was great. I scheduled us to start just before sunset, to get the perfect light. After some initial shooting to loosen them up, we moved down to the dock, and that’s where the magic happened. 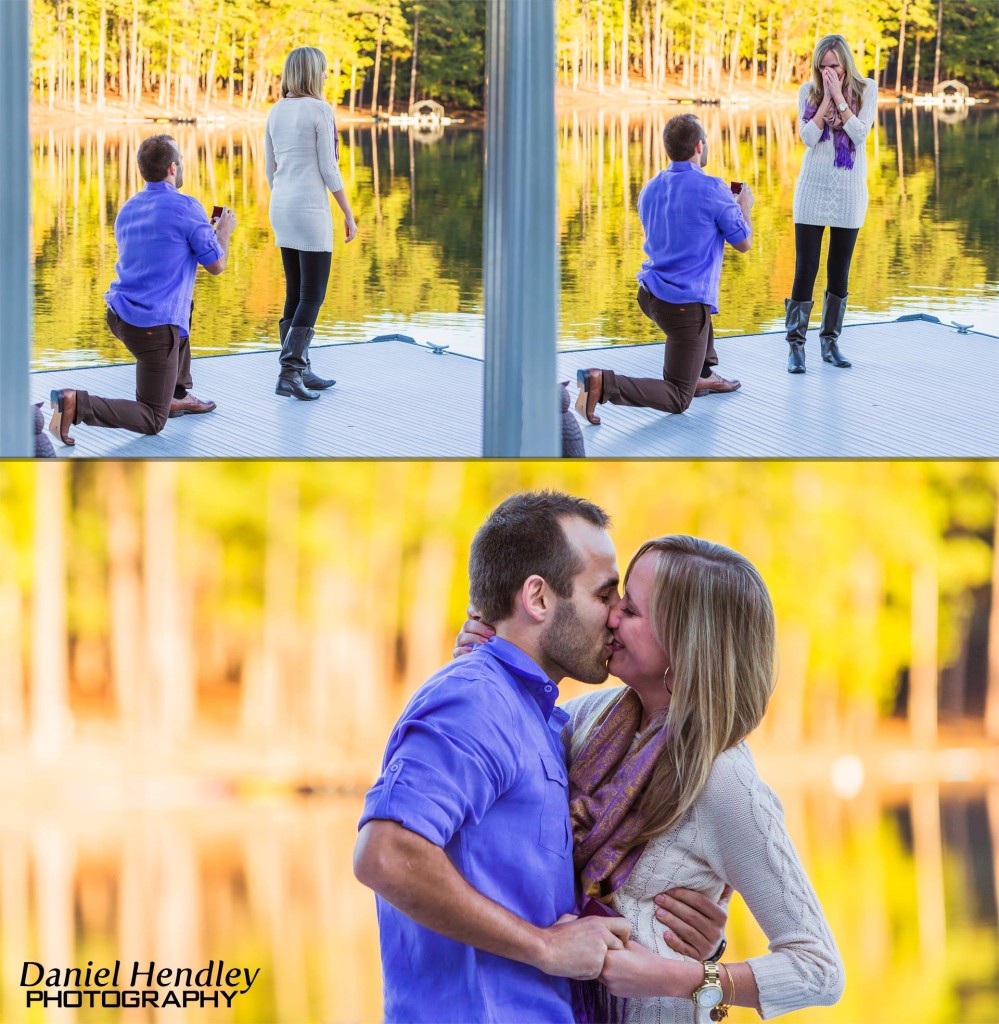 In the middle of “posing” for an artsy from-behind shot, Joe knelt down on one knee and got Becca’s attention. As she turned around, you could see the look of shock and surprise wash over her face. Of course, she said yes.
I gave them a few minutes to themselves to talk and compose themselves, and then we got back to work shooting; this time, as an engaged couple. 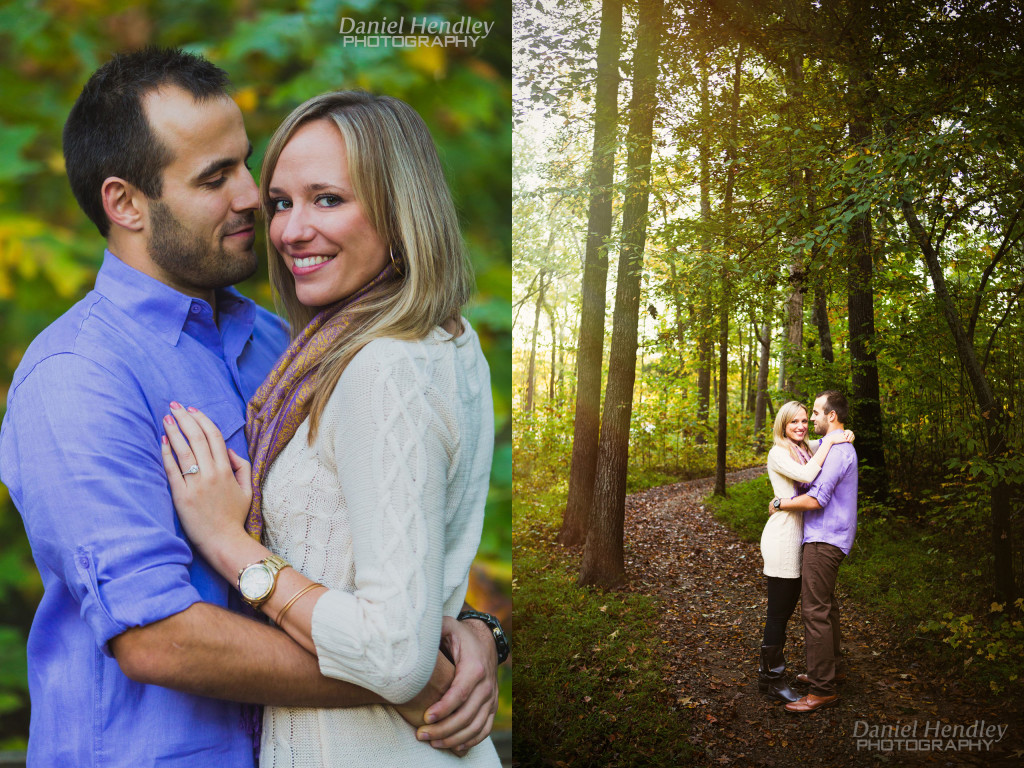 We worked our way back, taking full advantage of the gorgeous light that was finally showing itself to us. You can’t miss that look of pure joy that completely encapsulates Becca’s face. These are the photos worth taking for memories. These are the emotions that make for the absolute best and memorable shots. 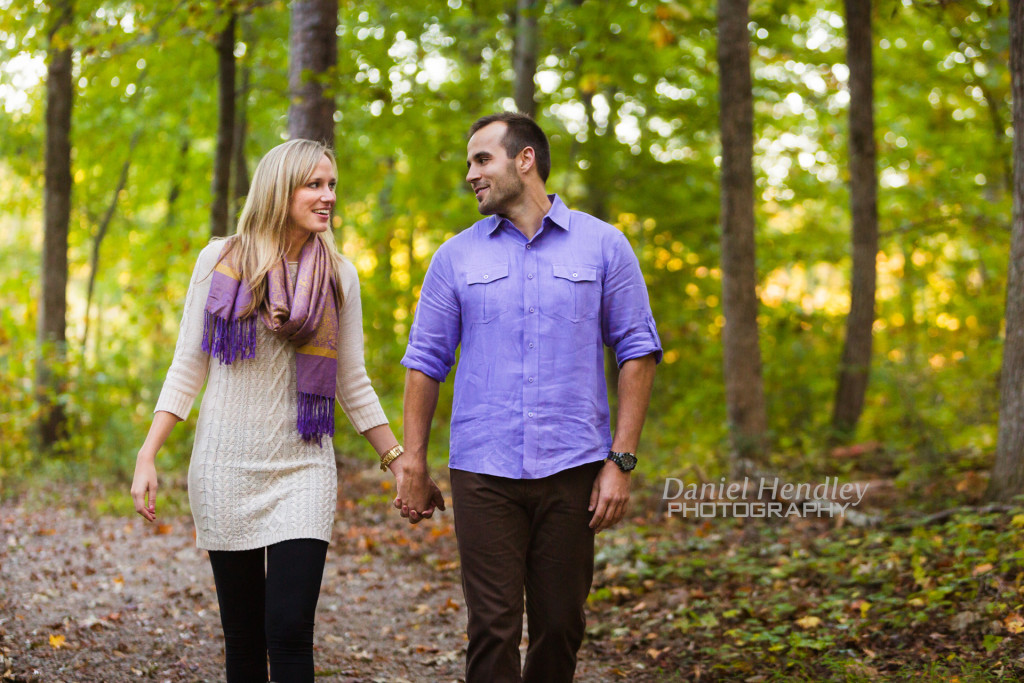 I’d love the chance to photograph more of these types of sessions. Even if you’re already engaged, or aren’t ready to take that step yet, let’s get together and shoot. The fall colors are at their peak now, and outdoor shoots at this time of year are loads of fun. Head over to the contact form now and get in touch if this has inspired you to get some photos of you and your significant other, or even your whole family. I also shoot plenty of individual portraits, so let’s do that too.